The coastal dunes between the French Dunkerque and the Belgian Westende is one of the most famous dune areas of continental Europe. The coastal landscape is characterized by wide sandy beaches, carved sea ridge dunes, mega-parabolic dunes embracing large humid dune slacks, and low, gently undulating ' fossil ' dunes that arose between 3,000 BC and 800 AD. The dune soils have a high lime content, except those of the ' fossil dunes ', that are deeply decalcified.

During the 20th Century, the dunes on both sides of the border got strongly spatially fragmented and degraded by urbanization, water extraction, recreation, fixation of sand drift, invasion by exotic species, intensification of agriculture in the transition zones between dunes and polders and the extinction of traditional agro pastoral use of the remaining dune areas that resulted in overgrowth of the dune landscape by scrub. The largest part of the remaining dune areas in both Member States of the European Union is included in the Natura 2000 network. 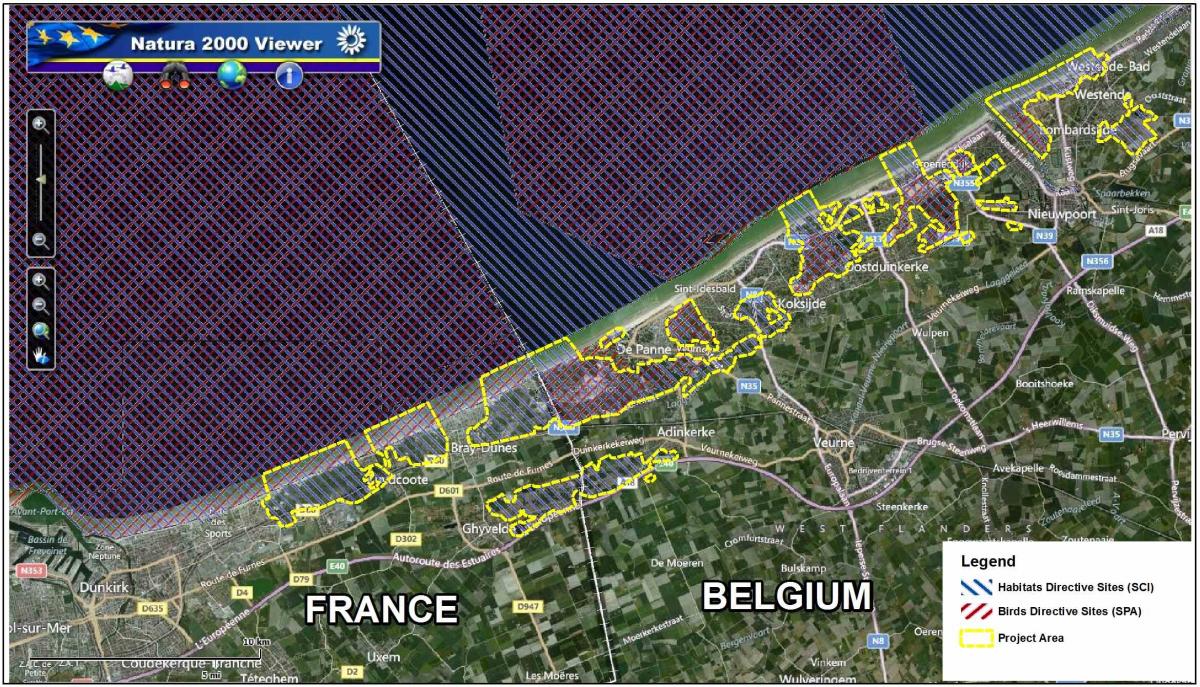