A. Preparatory measures and management plans

B. Acquisition of land

D. Monitoring of the impact of the project actions

F. Overall project operation and monitoring of the progress of the project

Visit of the European Commission
A deletation of the European Commission has visited with local press coverage on the 10th of August 2016 the restored humid dune slacks in the “Oostvoorduinen” at Oostduinkerke (Belgium, action C.1) and on the 11th of August the areas where scrub had been removed or has to be removed in the Dune du Perroquet (France, action C.2). The project started in 2013 and its implementation period being half-way, the representative of the European Commission, Simon Goss, and the monitor of the consultancy NEEMO, Jean-Paul Herremans, came to verify the state of progress of the project. At Bray-dunes they were received by the vice-president of the Environment of the Département du Nord, Paul Christophe. 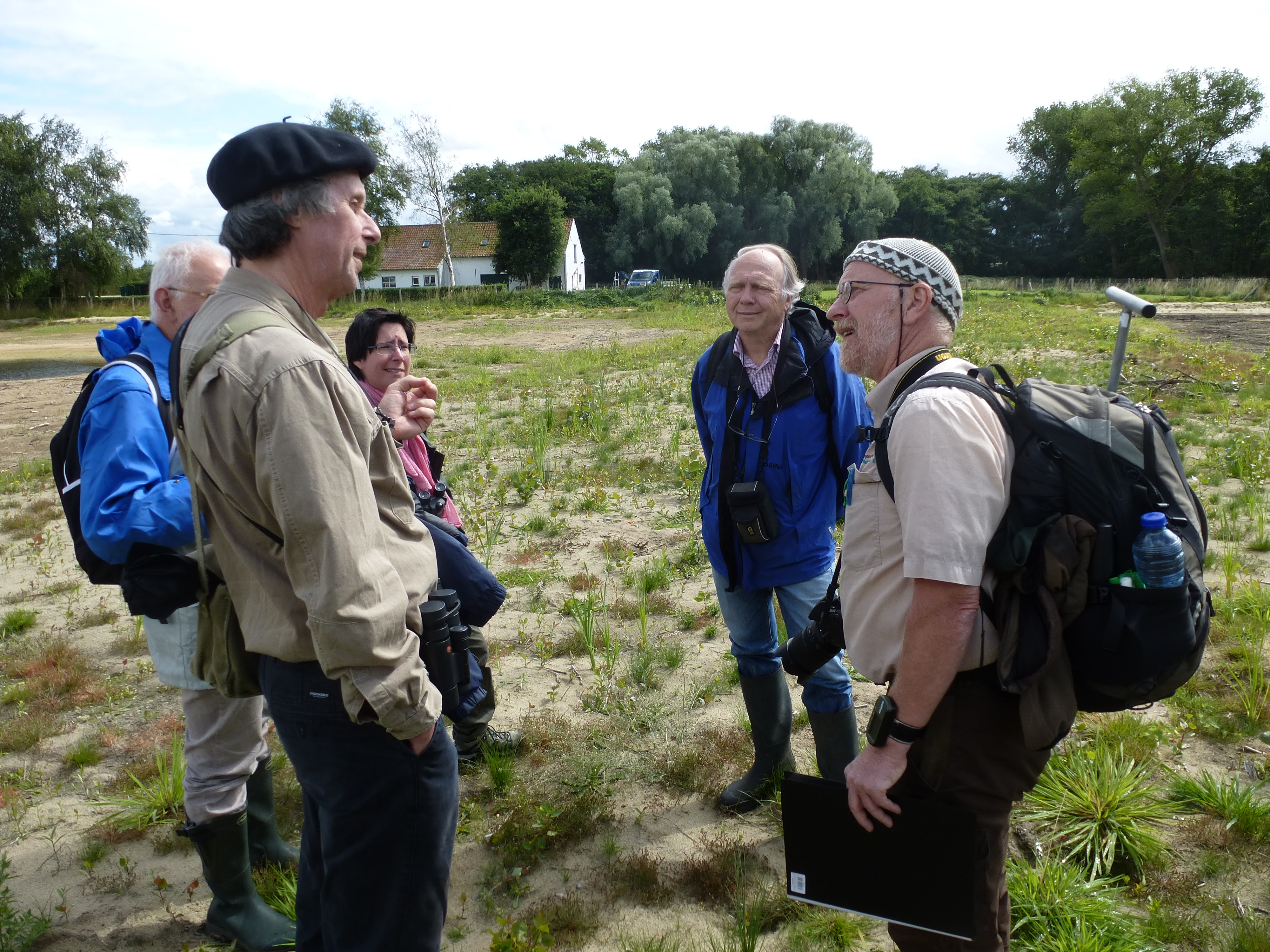 Second visit of the European Commission
On the 22nd August 2017 the European Commission visited for the second time the LIFE+ Nature project FLANDRE. With the elaboration of a legal base for cross border cooperation and a legal status of transnational nature park, the LIFE+ FLANDRE project wants to provide a tool that is useful for transnational cooperation for the protection and management of cross border Natura 2000-sites in general. The representatives of the European Commission, Laszlo Becsy and Päivi Rauma, visited together with Ben Delbaere, of the external monitoring team NEEMO, that is supporting the European Commission, among other sites, the “Dune Dewulf” at Leffrinckoucke (France) where during the winter 2016-2017 11 hectare of scrub was removed and 5 pools dug out by the Département du Nord. In the newly dug out pools reproduction of Natterjack toad has already occured and on the areas cleared of scrub, plant species that are typical for the target habitats ‘humid dune slack’ (yellow-wort (Blackstonia perfoliata), marsh helle borine (Epipactis palustris) …) and ‘grey dunes’ (common milk-wort (Polygala vulgaris)) were already appearing. 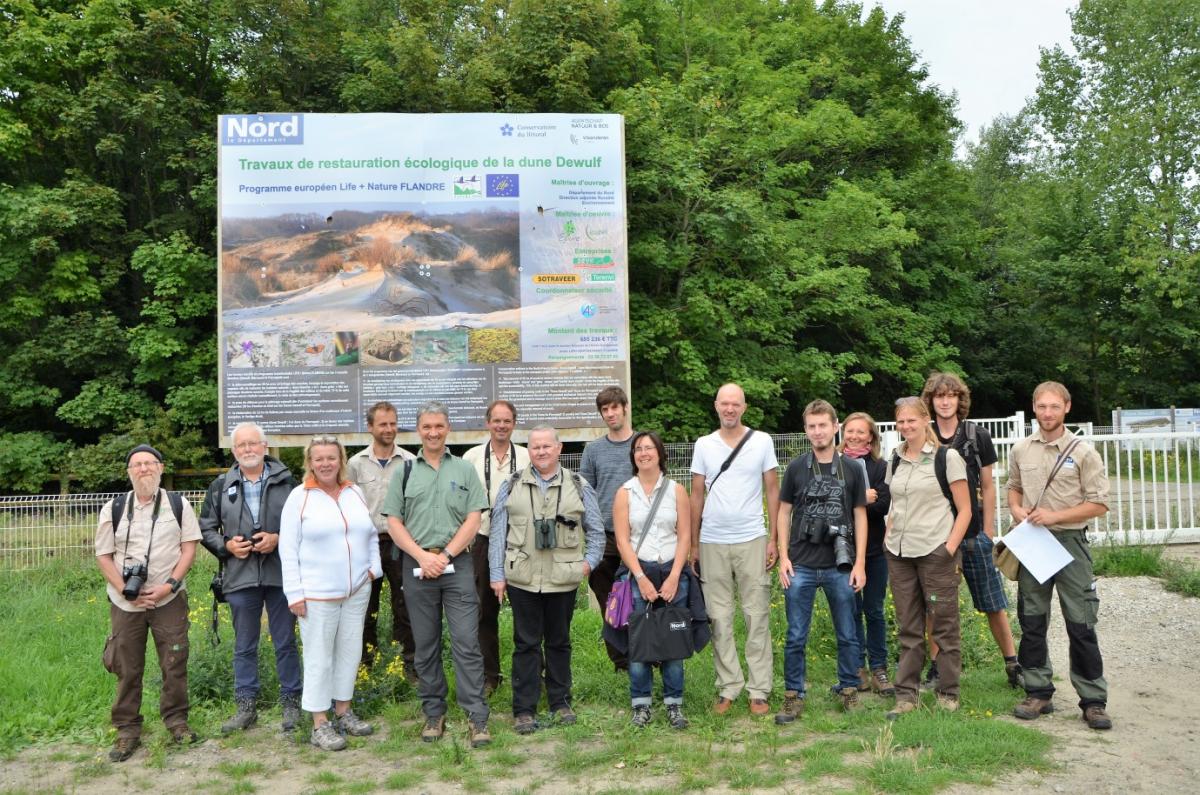 Photo: The delegation of the EC (Päivi Rauma and Laszlo Becsy) and NEEMO (Ben Delbaere) together with the transnational French and Belgian LIFE+ FLANDRE-team in front of a panel providing explanations about the project at the entrance of the ‘Dune Dewulf’ (© Herman Spruytte)